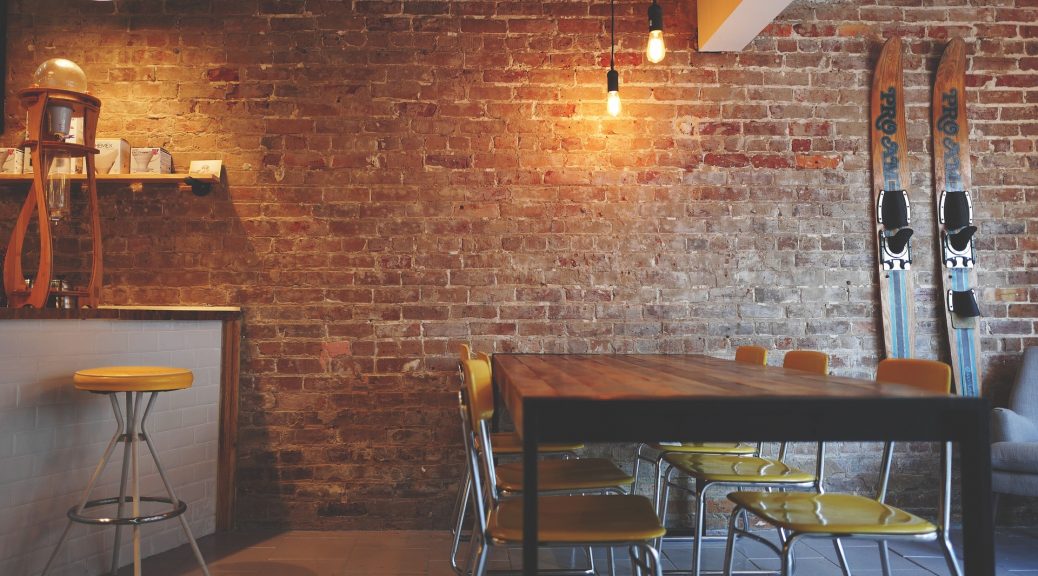 DH: Smart Occupancy is a way of multiple, intelligent use of the built environment, what should we understand by that?

DW: To really understand what multiple use is, we cannot look at the space as something static, but more like a movie: something exists, and its shape is continuously changing in time how people are using it. Rooms are filled, abandoned; they are empty and will be used again. When we watch a film and we begin to replace our “images” of space with “movies” of space, we get another point of view. We see in these films how the use of space changes over time by different groups of people or they are just there standing empty, then we start to understand what multiple use is. What the project coordination of multiple use has done in the City of Vienna in the past 20 years or how WeWork changes office usage nowadays: they make multiple use of space happen.

DH: Are there any categories of multiple use?

DW: When the members of WeWork – yes, they are no longer rentees – spontaneously get an available hot desk in the lounge of the office building, this is an example of simultaneous side-by-side use of space. Drinking coffee with other co-workers at the lounge bar, exchange knowledge there etc. Mutual influences of the uses among each other must be accepted. The same applies, of course, to the fantastic Viennese examples of coworking spaces offered in the Impact Hub, in the Rochuspark, Stockwerk or in Packhaus, just to name a few.

The project lead of multiple use in the City of Vienna forced the openings and wider availability of the school spaces for external uses. This is predominantly the intelligent use of (open) spaces. The sports fields of the schools are empty after school in the afternoon, on weekends and during holidays. Why cannot children and grownups, locals use these areas during school-free, unused periods? Why should we build additional sports fields what are empty, when the existing ones can be used in a more intelligent, optimized way? Intelligent multiple use, Smart Occupancy support and increase the number of social actions and it is also sparing the residents’ taxes in the usual tight budgets.

DH: How can you find and identify potential for multiple use?

DW: The time factor helps us to differentiate the potentials of intensifying the use of space over time or the intelligent multiple use, which is important in different situations approaching the ownership, forming of contracts, the possible uses, and much more. The vacancy – unused time slots – is a few hours a day, a few days a week, a few weeks a year, and in total: up to a few years. For example, the Ginza Chuo Street – one of Tokyo’s main access roads – is open to pedestrians from April to September daily from 12:00 to 18:00 (October to March from 12:00 to 17:00) and on the weekends. Otherwise, the road is available for traffic – unfortunately, for this kind of use there is no existing legal regulation in Austria yet.

All-in-all, multiple uses are assigned to a location, while we are taking into consideration the factor of time. In order to succeed, we need ideas for Smart Occupancy, intelligent multiple use and ideas who and in which type of organisation can make them happen. The idea alone is not enough; of course, it also needs the necessary skills and abilities of the organization to implement the ideas also with the local, national authorities or the market.

DH: Why is multiple use or Smart Occupancy important to Smart Cities?

DW: The density of use should not be mistaken with the structural density. The structural density does not say anything about whether a city is “smart” or “unsmart” because it is not clear if and how intensively the built space will be used. The density of use should be one of the appropriate criteria for analysis of Smart Cities or in other words: the multiple use makes cities smart, easy to adapt very quickly and without any investments.

DH: And how does Smart Occupancy support also economic growth?

DW: Multiple use is important to cities like Vienna, where industrial branches cannot be found, to support creative people with affordable places. Creative people and creativity are finally defining again the development of cities, among others, like Vienna’s. The street artists and skaters of today are the founders of tomorrow. This is clear from the history of San Francisco and the Bay Area in the US. What was once Mecca of the hippies, today is the seat of countless successful technology and Internet companies. Nowadays Berlin writes the next chapter of history: for decades, industrial companies dominated the city, especially in the eastern part of the city, so these areas provided affordable studios, ateliers. Berlin was and partially is still mentioned for its wild and partly illegal parties. However, in turn, this influenced and attracted creative people from all over Europe. In 2015, € 2.1bn of venture capital flowed into Berlin’s start-ups – for the first time, more than in London, Paris or Stockholm.

DH: How can architecture support or intensify multiple use?

DW: There are two sides of the architecture of Smart Occupancy: the “bought” usability and interpretable architecture – the interpretable archetypes as Herman Hertzberger defined them. The full exploitation of the potential multiple use requires a user-centred understanding of architecture. Perhaps the most impressive example of technically advanced flexibility is the “Palais Omnisports de Paris-Bercy”. Designed by Michel Andrault, Pierre Parat, Jean Prouvé and Aydın Guvan, this pyramid-shaped futuristic building opened in 1984 and can accommodate around 30 possible configurations depending on the event, from 8,000 to 20,300 attendees. Sports events ranging from windsurfing and motocross to athletics are changing easily to concerts, music shows and circus events. The renovation and modernization in 2013-14 cost around 100 million Euros. Herman Hertzberger’s archetypes, such as stairs, pits or pedestals, allow multiple uses as they are! The staircase is suitable for running, sitting, playing, working, observing, etc. Observing what children do with spatial configurations and objects and for which they use them, opens the world of Hermann Hertzberger and the interpretable archetypes.